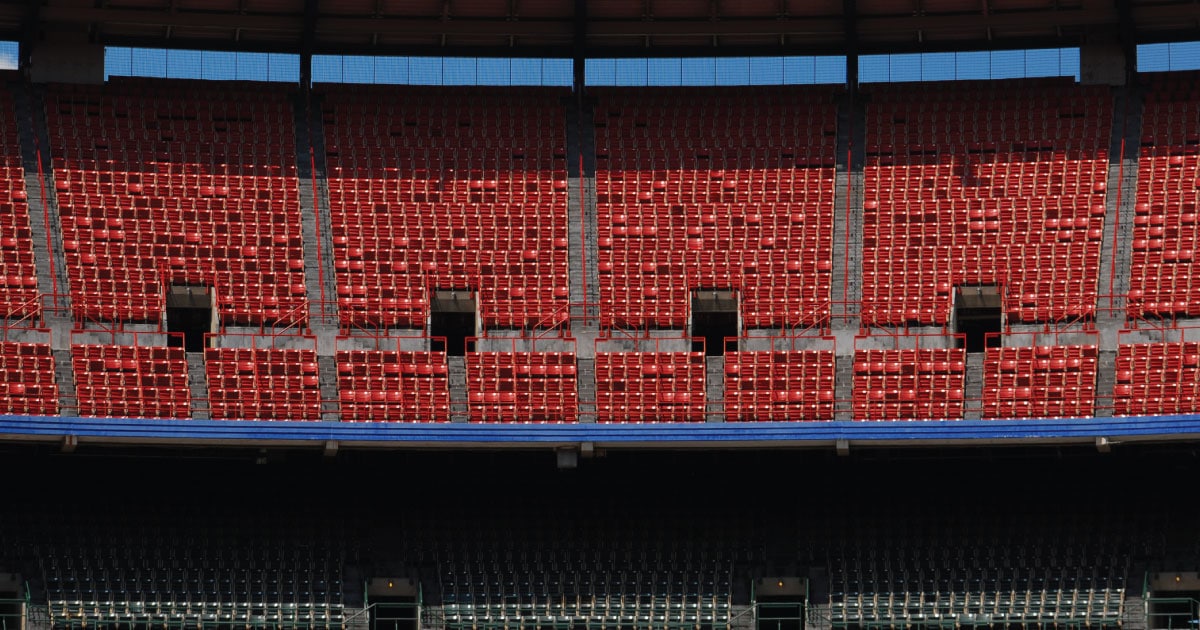 It’s becoming readily evident that sports without fans is simply not going to cut it. Yes, when you put on a game you still get that all important TV revenue but leagues (both professional and amateur) are feeling the impact of empty stadiums.

Beyond the obvious revenue loss associated with ticket sales, concession, and parking is the huge impact on sponsorship revenues.

We have yet to see the full extent of the fallout but already teams are cutting staff, pay, and taking other austerity measures. Almost every day I’m reading where colleges are cutting sports altogether or limiting travel, meals, and other hard costs.

No games, no fans, no revenue … It’s a pretty easy equation to understand.

Simply put, fans in the stadium make everything more palatable for sponsors. Call it aesthetics but there’s something about a full sports venue that makes a sponsor feel good about the money they are investing with a team. Take that away and it just doesn’t seem right.

Banners in the stands and logos on the mound don’t cut it. I applaud the creativity but a fan-less sporting event feels bleak and there’s just no denying that. Whereas I know (or think) this is temporary, the longer this goes on the more challenging it will be for teams to recover.

So what can a team do?

Well, it’s more of what they are trying to do now … their best. Some leagues and some teams are doing a better job than others. Locally, I would point to the Phoenix Suns for being as proactive and creative as any team in the Valley.

Not a day goes by that I don’t get an email from them in my inbox. They are constantly in the trades with some type of news regarding their team, their sponsors, or their new venue. I’ve also received a survey asking my opinion on how they can get me to return to games, what amenities I seek as a fan, and what steps they can take to make me feel safe.

I’m not even a season ticket holder.

If your team wants to get through this very difficult time and come out of as healthy as possible, I’d point you to what the Suns are doing as a template. I wouldn’t waste a lot of energy on lamenting that they had success in the bubble, have remodeled their venue, or have a young and exciting team.

You can stay relevant by engaging the fan, asking their opinion and being proactive with both the concerns and desires that they may have as this thing plays out. Keeping fans equates to keeping sponsors. I get it that things are difficult now but when this is over some teams will hit the road running … others will wish they could.

Tuesday, February 7th… a relatively normal day; up at 5am, gym, full days’ work and…